Living simply is an idea oft revered. I mean, who doesn’t want to be unencumbered by the necessities of a life that’s overtly social and material? Imagine: not having to worry about the clothes you wear, or the car you drive, because making the decision to own less and live more feels so much better than anything else society can muster. It’s a pretty story, isn’t it?

— but then, we go see a movie. We see the cool character, in their cool car, and that image gets ingrained into our psyche. We go home and we let that image of the cool guy in the cool car marinate in our minds and, before you know it, we’re taking out a loan and driving home in a Camaro.

You know what? That feels pretty good too.

It’s not our fault, though. It’s just human nature! Our desires for ownership, to do interesting things and take exotic vacations (consider this FOMO, or Fear Of Missing Out), to buy a cup of Starbucks coffee every day simply because we can is sometimes too strong of an impulse to resist. Here, it’s important to remember that human nature doesn’t abide by the rules we set in place for ourselves — our instincts just don’t answer to the likes of reason and logic. It’s tough goings, but we must embrace the idea of living below our means and shatter the image where we need to keep up with the Joneses in order to validate ourselves. We just can’t afford not to, no matter how much wealth you have.

The story of entire families going into debt over the sheer want of more has played out time and time again. There’s the person who needs to go back to work at 85, but can only get a job as a grocery store bagger. In fact, you probably know some of those people yourself! We watch the news and see instances of people living in mansions going broke, having spent so much that they can no longer pay their taxes or upkeep. However, what you don’t hear about so often are the wealthy people who choose to live in houses smaller than what they can afford, because what’s exciting about living small if you’re not risking financial security for glitz and glamour?

It all goes back to the idea of “just because you have it, doesn’t mean you can spend it.”

Think about it this way: when you spend money, it is gone. When the money is with you, or invested with help from your financial advisor, the opportunities for those dollars are endless. In the future, you can literally do anything with that money — and you only have that freedom because you decided to make a sacrifice in the present.

When you shift your thinking this way, the weight of everyone’s expectations becomes so much lighter, and the future becomes a little brighter. Living below your means also avoids the situation where your money runs out, either in the near future or when you are in retirement. To some people, this security is more than enough.

Easier said than done, though, right? It’s true, living below your means requires a paradigm shift that at first might feel counter-intuitive, but it all comes down to values. Figure out what’s important to you, then work with your financial advisor to design a plan that support those goals. Want to buy a house? You need the capital, first. Want to be comfortable in retirement? You need to know when your money is going to run out, so you can work against it. When you have a carefully plotted plan, then the hard work is upon your shoulders.

Living simply requires a discerning eye that’s capable of knowing what necessity is and what it is not. Take a second to think about what truly makes you happy — and keep it separate from how others view you. When your values are clearly defined, it is surprisingly easy to stick with them. When you tell other people your values, you might be thrilled to learn just how many people around you will support those endeavors. It’s why businesses often have their Mission Statements framed on a wall… Who doesn’t need a reminder every now and again?

In the end, living simply is not about deprivation; it’s about being smart and intentional with your money. You can have the things you want, when you learn to stretch your dollar! Here’s a few situations where living simply can be made easy:

Above all else, remember this: things lose their glisten. Cars lose value the second you drive them off the lot. The rush you get when swiping your credit card eventually fades — sometimes as quickly as walking out of the store. In the moment, it may feel like a sacrifice, but don’t you owe to yourself to experience the freedom of living below your means? 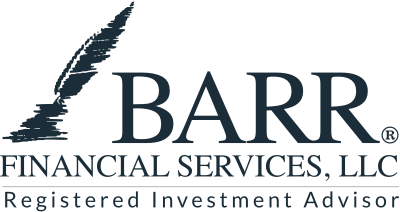